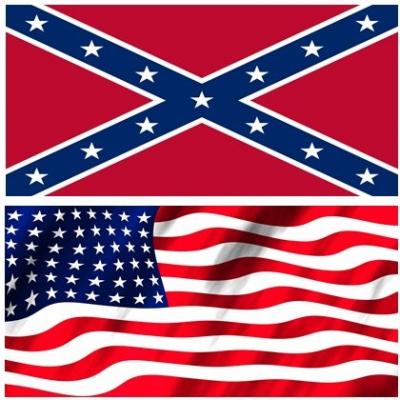 The Civil War (1861-1865) has been called the Second American Revolution, the War of the Rebellion, the War between the States, the War for Southern Independence, the Rich Man's War and the Poor Man's Fight, the War to Save the Union, and after it was over, many in the South referred to it as Our Most Recent Unpleasantness. It was also called a struggle between national sovereignty and states' rights.

To achieve separation, a convention of delegates from six of the cotton-growing states met at Montgomery, Alabama, February 4, 1861, and established a government under the title of "The Confederate States of America." On March 21,1861, Alexander H. Stephens, Vice-President of the Confederacy declared: “The Confederacy's foundations are laid, its cornerstone rests upon the great truth, that the Negro is not equal to the white man; that slavery subordination to the superior race is his natural and moral condition.” This, our new government, is the first, in the history of the world, based upon this great physical, philosophical, and moral truth.

Rev. Peter Whelan, administrator of the Savannah diocese, distinguished himself as a chaplain for the Montgomery Guards, an Irish company in the First Georgia Volunteer Regiment, named for one of America’s earliest heroes—Irish-born Revolutionary General Richard Montgomery.  In 1862, The Montgomery Guards were bombed into surrender by Union forces and though he was offered freedom, Rev. Whelan chose to remain with the prisoners.